My love for travel took me for a short trip to Udaipur, Nathdwara, Haldighati, Kumbhalgarh and Mount Abu this time. Planned in a jiffy, trip was fun, thrilling and unforgettable one. Udaipur was my first stop as a part of 5-10 day trip of Rajasthan. Having heard of seriously high temperatures and humid weather conditions, initially I was little skeptical about the city and whole tour, but as soon as we landed in the city, I couldn’t control my grin. Weather was just beautiful. Cloudy and breezy and cool, it was perfect. And this kinda energized and elated me 🙂

Arriving in the lake city of Udaipur was kind of a pleasant shock for me. Part of the shock comes from the fact that how different it was from the image that comes to mind when one imagines Rajasthan. Arid, rocky and desert, but it was greener and vivacious than one can imagine. All the way from railway station to my hotel I could see trees, lakes, royal palaces, camels and all that that rajasthani vibe about the city. People and the culture. I was both eager and excited to explore the city soon. We checked in at ‘The Hotel Hilltop Palace’, a beautiful heritage hotel, located at a height, overviewing the scenic ‘Fatehsagar Lake and Aravali Mountain Ranges.’ I personally feel there is nothing better and gorgeous than having a hot cup of morning tea with such a stunning view in front of your eyes. I fell in love with this hotel and the breathtaking views it offer. Soon I got ready and was all set to experience Udaipur.

And the beautiful view of Fatehsagar lake and aravalis from the balcony!!

Udaipur was established by Maharana Udai Singh as the new capital of ‘Mewar’ in 1559. This new capital was the need of the time because ‘Chittorgarh’, the previous capital, was too vulnerable to repeated attacks by mughals. Since then, this city witnessed many many historical, punitive and hostile incidences. Fighting for independence from the Mughals, resisting their attacks and signing peace treaties with them, confronting attacks from the Marathas, consecutively supporting the British or rebelling against them and at last harmonizing to join other Rajput kingdoms, thereby forming the state of Rajasthan. However apart from such unkind and struggling days, those 400 years also saw this city evolving into one of India’s scenic and beautiful cities with artificial lakes, royal palaces for every season and weather, mansions, gardens, and what not. Now that I have this city, I can completely understand why foreigners and royals and rich people choose this city as a wedding destination. Surrounded by aravali hills and lakes, colourful culture, dreamy palaces on hire, luxuries at your doorstep and a healthy climate, this is a picture-perfect location anyone can get. Plus the magnetism and captivation of royals and Rajput history, adds the charm that appeals to many. 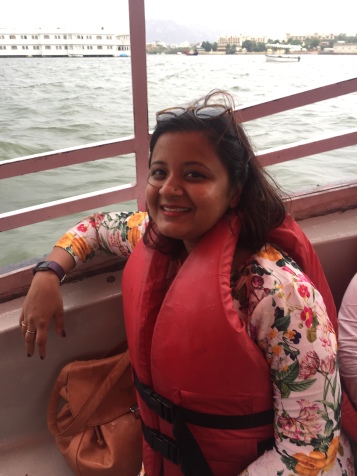 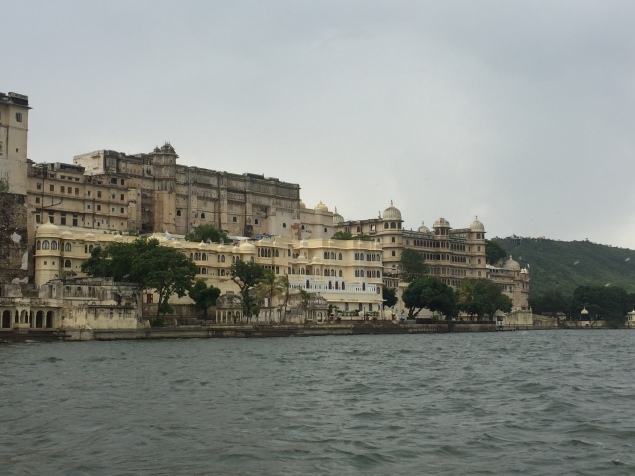 Also here in Udaipur, I had the best Rajasthani food at a place called “Krishna Dining”. Both the foods as well as hosts were fabulous. I was so satisfied by the food that I went there again while leaving and ate to my heart’s content. I spent a couple of days here, wandering in the lanes the city, touring famous palaces and lakes, visiting memorials and gardens, picking bandhni dupattas, buying souvenirs and relishing the rich culture of Rajasthan. 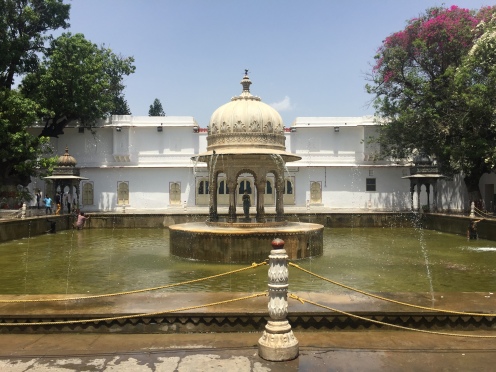 Next in my list was Nathdwara, Haldighati and Kumbhalgarh Fort. Full of devotees all the time, Nathdwara nestles the famous temple of Srinathji. One should undeniably visit it, if coming to Udaipur. Haldighati, located at a distance of 40 kms from Udaipur, is a mountain pass in the aravalli range of Rajasthan in western India. Its name is believed to have originated from the turmeric-coloured yellow soil of the area. The infamous Battle of Haldighati, took place here in 1576 between the Kingdom of Mewar and the Mughal Army led by king Mansingh, which makes it historically so significant. Also rose cultivation is done here, especially in the months of march-april, which leads to the production of some of the purest products like rose water, gulkand etc. 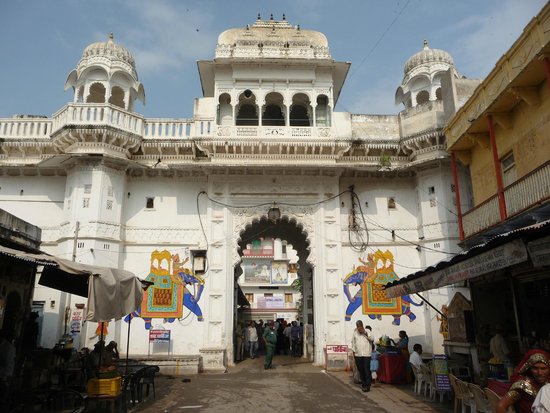 Famous temple of Srinathji at Nathdwara

Another striking and gigantic fort located in Rajasthan, near Udaipur, is Kumbhalgarh Fort. A Mewar fortress on the western range of aravalli hills, built during the course of the 15th century by Rana Kumbha. This fort was the birthplace of Maharana Pratap. It is now a World Heritage Site included in Hill Forts of Rajasthan. What makes it distinctive and extremely renowned is ‘The Wall’ of the fort. Over 38 kms long, this is the second largest wall in the world, after the Great Wall of China. 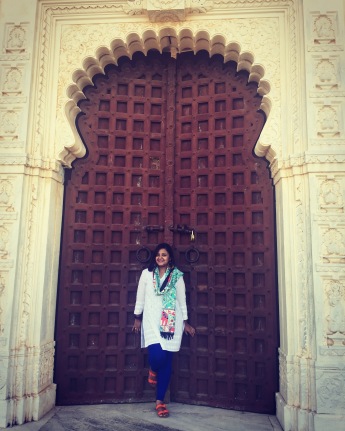 Next and the final destination in my list was Mount Abu. Popularly known as ‘Oasis in the desert’ as its elevations are home to many rivers, lakes, waterfalls and evergreen forests. It is situated in the aravalli Range, in Sirohi district of Rajasthan, near the border of Gujarat. The city of Mount Abu is situated on a mountain known as ‘Abu.’ This mountain forms a distinct rocky plateau which is 22 km long and 9 km wide. Here I stayed at ‘Palanpur Palace’ hotel and it was one of the best. Beautiful view of mountains covered with clouds from the hotel room was something I can never forget. The highest peak on the mountain is Guru Shikhar , also a famous temple, at 1,722 m (5,650 ft) above sea level. 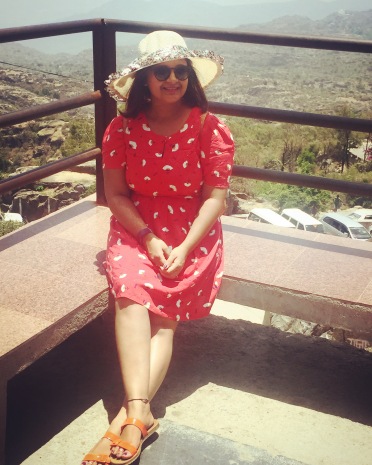 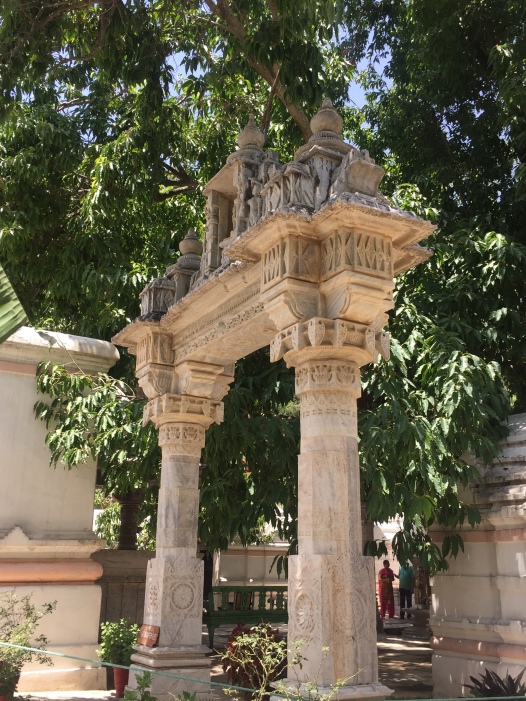 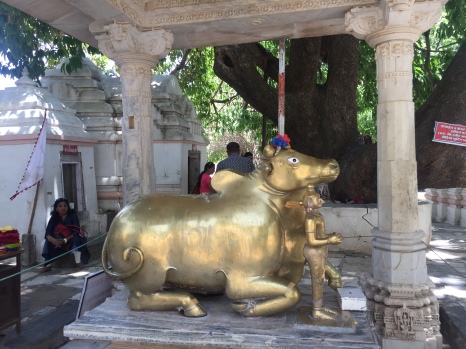 There are many other picturesque places to visit here like Sunset point, Nakki Lake, Achalgarh temple, Delwara temple. Lake market near nakki lake is good for shopping local stuffs and savoring some spicy and tangy street food.

In a nutshell, all these cities of Rajasthan especially Udaipur and Mount Abu, are lovely, historical and cozy enough to explore at your own pace. Locals are warm, friendly and cooperative. You get some of the finest and exclusive stuff here like bandhani, mulberry silk, handicrafts, medicated quilts, thewa jewellery etc. Tourist-friendly cities, which I loved and would come back again for sure.

So next time you are in Rajsthan don’t forget to visit these places and soak up some of the rajasthani royalty. And if you have already been there, please share your experiences!!!

i owe it to the sea!

Mother, Nehiyaw, Metis, & Itisahwâkan - career communicator. This is my collection of opinions, stories, and the occasional rise to, or fall from, challenge. In other words, it's my party, I can fun if I want to. Artwork by aaronpaquette.net

Thoughts and rants from another angry woman